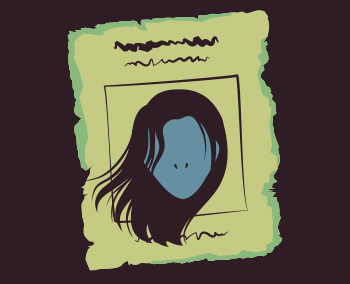 Though the spellings and inflections may have changed over time, the yuan-ti often inherit their names from previous generations. Much like their bodies, these monikers have evolved into more snakelike versions with each new spawning. Whether the pronunciations are altered to compensate for their body’s physical mutations or simply due to personal preference, the yuan-ti often add sibilants to increase a name’s hissing quality.

The people who became the serpent creatures known as yuan-ti were once one of the original human civilizations on Toril. Their society was some of the first to forge weapons and tools from metal and build great temples of worship. They held grand ceremonies to honor snakes as the embodiment of their people and began altering their society to match these principles. The yuan-ti began pursuing a philosophy that separated emotion from intellectual pursuits, allowing them to focus their energies on advancing their culture and expanding their lands. They believed themselves to be above all others, and their greed and arrogance drove them to seek even greater power.

Before long, the serpent gods of the primordial world took notice of the growing empire and began hissing dark demands into the ears of their newfound followers. They commanded the yuan-ti to perform gruesome human sacrifices and to cannibalize their victims. The gods pushed their worshipers to perform sorcerous rituals while writhing in pools of living snakes that merged the flesh of the reptiles with their own. The yuan-ti used these strange new forms and power to expand their borders and conquer new lands.

Today’s yuan-ti all have hybrid bodies, though their proportion of snakelike parts varies. Since their first metamorphosis from humans, their society shifted into a caste system that valued those whose transformations were the most complete. Yuan-ti considered abominations sat at the top, malisons below, and purebloods at the bottom of the hierarchy. The lesser-known broodguards and the exceedingly rare anathemas also hold a place within society.

Where do yuan-ti live?

The physical and magical dominance of the yuan-ti allowed them to maintain and expand their empire for several hundred years before it fell. A combination of drought, violent opposition, civil unrest, the dwindling inactivity of their serpent gods, and the gradual advancement of enemy technology collectively contributed to the eventual loosening of the yuan-ti’s hold. Their enemies drove the yuan-ti to their fortified cities and underground temples, forcing them to relinquish their territories to those they once enslaved. As the years passed, less and less evidence of the yuan-ti dominion remained, and within a few generations, their history had almost wholly disappeared.

The yuan-ti have remained in their hidden strongholds for nearly a thousand years after the fall of their great empire. Their reduced numbers have forced them to alter the way they approach warfare. They now operate from the shadows of underground ruins, infiltrating enemy governments to discover weaknesses they can exploit. They conceal themselves, biding their time, and dream of the day when their people will rise again, spreading across the world like venom.