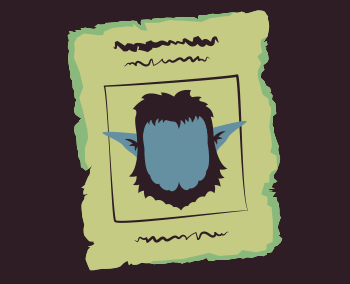 The notion of names strikes most firbolgs as unusual, but they typically adopt those of elven culture when forced to deal with outsiders. As a somewhat reclusive race, firbolgs more commonly associate with the animals and plants of the forests and identify these creatures by their deeds, habits, or other actions instead of names.

Following a similarly literal approach, firbolg family or tribe names generally refer to their homes. However, they craft these tribe names using the terminology of the surrounding population. Among their kin, they would merely call their homeland “home.”

Though they may inherit their size and strength from giant lineage, firbolgs are intelligent and peaceful humanoids that prefer to live isolated from other sentient races. Most firbolgs resemble impossibly tall humans, reaching around ten feet in height. Their thick hair is worn long and comes in many colors but often grows in shades of red or blond.

Firbolgs feel strongly connected with nature and their surroundings, loving little more than spending their days among the flora and fauna of an old forest. They view these woodlands as sacred places deeply linked to the heart of the world. As the caretakers of these groves, firbolgs live off of and support their lands, striving to maintain balance with nature. They work hard to gather what food they can during the summers and distribute any excess to the animals in need during the winters.

Firbolgs see no greater sin than greed, believing the world remains healthiest when each creature only takes what it needs. The material goods so many other races obsess over mean very little to Firbolgs. Their focus on the balance of nature and their pragmatic instincts allows them to concentrate on the world’s more basic and universal needs.

These instinctive behaviors also provide firbolgs with a natural talent for druidic magic. Their cultural devotion to nature and insightful minds make learning and understanding such magic an innate part of their early development. Nearly all firbolgs learn basic spells like those that hide their presence, but many continue their studies to master nature magic.

Those who become druids serve as tribe or stronghold leaders. Their decisions weigh the group’s needs along with those of the forest and the natural world. There are even stories of firbolg tribes going hungry rather than straining the land during times of famine.

Firbolg tribes often gather in secluded wooded strongholds, spending their days seeking peaceful harmony with the surrounding forest. Though they take on the position of woodland custodians, firbolgs prefer to remain absent from the view of others. Rather than asserting dominance over nature, they seek to ensure that the natural world thrives according to its own laws.

Firbolgs also use magic to help hide the presence of their tribe. This practice not only keeps their families hidden but allows them to avoid the politics and struggles of other races, only emerging when the events affect the forest.

When faced with trespassers, firbolgs prefer a more calm and gentle approach to prevent harm to their land. They use their magic to transform the surrounding areas into less appealing terrain that is more difficult for outsiders to traverse. These tactics may include temporarily diverting springs or other water sources, driving away game, stealing critical tools from campsites, or even altering trails into endless labyrinths that leave hunting or lumber parties hopelessly lost.

When these more passive tactics fail, firbolgs are not against taking more direct action. If their observations of the outsiders determine a peaceful demeanor, they may approach and gently ask them to leave, even offering supplies to hasten their departure. Specific individuals may be allowed to stay, providing they vow to respect their surroundings, only take what they need, and live in harmony with nature. However, if the visitors display evil intentions, firbolgs will not hesitate to gather their strength and magic and remove invaders from their homes with a single decisive attack.