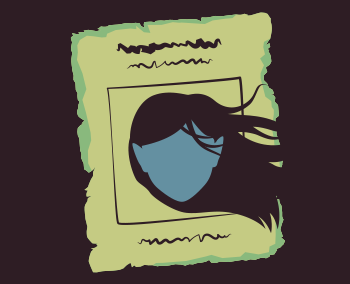 Though not limited to a specific race, aasimar are typically born from human parents. Regardless of lineage, most inherit the same naming conventions as their native culture. However, as divine champions, some aasimar may take on pseudonyms or become “named” by others who worship—or oppose—their respective deity.

The light of the heavens touches each aasimar’s soul. Within their bodies lies the will and power of Mount Celestia, a divine realm inhabited by lawful good deities. Aasimar are individuals of otherworldly appearances, with radiant features that show their celestial heritage.

Hailed as blessed and righteous events, the birth of an aasimar marks the christening of a new champion of the gods. As guardians of all that is lawful and good throughout the world, their patrons expect aasimar to become representatives of their will. They encourage their champions to strike at evil without fear, lead the masses by example, and further the cause of justice.

Aasimar receive visions and guidance towards these ideals through dreams conceived by their celestial guides. These visions start during their adolescence with the hope of instilling a strong sense of destiny and moral truth in each young aasimar. The divine architects of these dreams are typically devas, or angels, who act as individual messengers to the mortal world.

The aasimar who choose to follow their noble purpose become strident adversaries of evil. Although, they are not without restraint or cunning. Most aasimar strive for careful subtlety in the hopes of avoiding the unwanted attention of those eager to strike down a celestial champion. Hoping to protect innocent bystanders, many wear hoods, closed helms, and other gear that conceals their features.

However, despite their celestial influence, aasimar are not infallible. They are mortal beings that possess free will, and not all choose to follow their pre-ordained paths. Some struggle to justify the greater good over the small kindnesses of mortal men, driving them to see their abilities as cruel curses or even spiritual brainwashing. Most of these disaffected aasimar turn away from the world, but an unfortunate few renounce their divine authority and become agents of evil. Abandoned by their angelic guides, their once radiant power devolves into corrupted, hideous, and consuming magic.

Where do aasimar live?

Most aasimar originated from the eastern areas of Unther and Mulhorand, as the good deities from which they descended once walked the surrounding lands. However, many aasimar were displaced and became nomads when the two nations fell into ruin during the Spellplague. These unfortunate wanderers spread widely throughout Faerûn and other parts of Toril, leaving behind their land and gods. Despite the nations’ destruction, aasimar that came into being outside of Faerûn often found themselves drawn to the ancestral lure of Unther and Mulhorand. As a result, many also take residence in the borderlands like Durpar, Murghôm, Thesk, and Waterdeep.

Whether within the borderlands or elsewhere on Toril, aasimar often seek communities outside of their human lineage. Instead, many develop stronger relationships with other half-breeds who share the life experience of dual-ancestry. However, while half-elves and half-orcs are common acquaintances, aasimar are particularly wary of the typically evil ancestry of tieflings and genasi. In contrast, the other common races like elves or dwarves are often viewed with indifference unless personal experience has influenced their opinions.