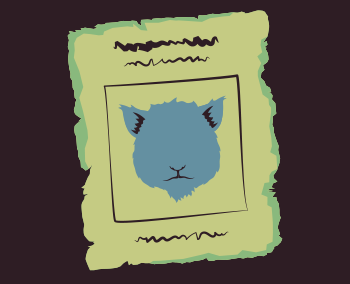 Tabaxi typically have a single name determined by their clan and rooted in long-standing traditions that use complex formulas of astrology, prophecy, history, and other esoteric elements. Their names are genderless and often shortened by friends and family into nicknames derived from or inspired by their full name.

They also have clan names based on a specific geographical feature located within or near the clan's territory. Some Tabaxi use their clan name during formal introductions or to help differentiate themselves from another with the same name. However, it is highly unusual to use a clan name as a surname.

Sometimes called jaguar-people or cat-men, tabaxi are a race of feline humanoids. They are taller than most humans, slight, and covered in spotted or striped fur ranging from light yellow to burgundy red. True to their feline heritage, tabaxi also have long tails, retractable claws, and green or yellow slit-pupilled eyes.

Their heightened curiosity drives tabaxi to amass unusual artifacts, collect unique tales and stories, and seek out all of the wonders of the world. They treasure knowledge over material goods, seeing a chest of gold as a means to an end rather than intrinsically valuable. Tabaxi see gathering wealth as akin to packing rations, essential to survive but not worth agonizing over.

They value new experiences and knowledge, gladly paying to hear the latest stories and rumors from locals. Likewise, though tabaxi often seek out ancient relics, magical items, and other rare objects, they are most interested in unraveling the myths behind their history and creation.

The desires of most tabaxi are bright and burn out quickly, causing them to trade obsessions or passions on a whim. Objects and stories only remain intriguing as long as they retain their secrets. A tabaxi rogue, for example, could spend countless months plotting to steal an unusual gem from a mark, only to trade it for food and lodging to start anew. They may take detailed notes or spend time to memorize its composition, but the stolen goods hold no more appeal once the object's secrets and nature have been laid bare.

Where do tabaxi live?

Tabaxi are native to the jungles of Maztica, a large continent west of Faerûn, sometimes called “The True World” by its inhabitants. Maztica is a land of mysterious jungles and tropical mountain ranges separated by vast deserts. The majority of tabaxi have remained in their homeland, content to live in small familial clans hunting for food and crafting various goods, happy to isolate themselves from other races.

However, a select few have found little satisfaction in such an existence, opting instead for a life of inquisitive nomadic traveling. The Cat Lord, the divine figure believed to be responsible for creating the tabaxi, gifts his children with one of many different feline traits. Those gifted with catlike curiosity find themselves compelled to wander far and wide. They spend their lives searching out wisdom and stories, returning to their homeland in their elder years to share their knowledge of the outside world. This practice allows their clans to stay isolated but never ignorant of lands and people beyond their homes.