Where do Calishites come from?

The great Calim Empire came into existence at approximately –7800 DR. During an event known as “the Great Arrival,” a noble djinni lord named Calim left Zakhara and traveled to the land of Faerûn. Along with a massive group of genies, known as djinn, Calim brought their human and halfling slaves to help establish his dominion. This newly settled region would be named Calimshan, with the massive city Calimport as it’s sprawling capital. Soon after, Calim and his djinn attempted to seize the lands surrounding the Marching Mountains, which lay on their northern borders. The ensuing battles would result in the eradication of the dragons who had previously claimed the land for themselves.

Calim ruled for millennia until Memmnon, a powerful efreeti, arrived and founded the realm of Memnonnar. A great war erupted, threatening to eradicate the surrounding land. Incensed by the needless destruction, the Elven High Mages eventually overthrew both Calim and Memmnon. They split Calim’s mind and body and imprisoned him on the newly formed Calim Desert, where he remains.

With the war over and Calim removed from power, his empire’s enslaved peoples began a massive revolt. Spurred on by the assistance of the dwarves of Shanatar, the subjugated masses drove out the rest of the djinn in -6060 DR and settle the lands for themselves. The descendants of these brave people would be known as the Calishites.

Compared to other humans, the Calishites are shorter with a more slender build. Their skin is brown, as are their eyes and hair. An arrogant people, the Calishites consider themselves superior to all Northern cultures, often calling them barbarians. The only exception to this bias is the Mulan. However, even they are only considered equals. In response to this bigotry, many northern tribesmen disparagingly refer to the Calishites as Calimites; a breed of warhorse raised in the Calim Desert.

Considered lazy and corrupted by other cultures, the Calishites intensely focus on wealth, accomplishments, city, family, and culture. Hard work and thriftiness are not encouraged and often seen as vices. In contrast, the true ideal of Calishite success is idle, pampered luxury. Theirs’ is a strict class-based system, with particular roles assigned to both status and gender, with women seen as the lesser of the two. Calishites are taught from birth to recognize their class and station and abide by this system or pay severe consequences. Most live and die in their station. However, those born of lower status may turn to adventure and conquest to gain the wealth required to raise their social standing.

The Calishites believe themselves to be the true rulers of everything south and west of the Sea of Fallen Stars. As a result, they have infiltrated and inhabited the Border Kingdoms to the west, the Nelanther Isles to the north, the Lake of Steam’s cities to the east. Some Calishite transients have traveled of their own accord to escape judgment or to improve their station in life. However, the majority have arrived with the intent to conquer the lands for themselves. 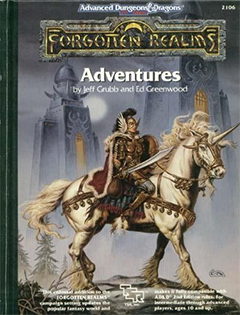