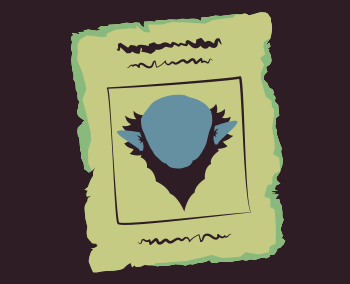 Gnomes have a particular fondness for names, and many have half a dozen they use for themselves. Nicknames are very prevalent, and variations of them from friends and family are abundant. Gnome names are usually iterations of past ancestors, but not all limit their imaginations. When dealing with more stodgy races, gnomes will limit their monikers to no more than three; a first, last, and a nickname. Though, that doesn't mean they still can't be fun to say.

A buzz of busy activity resonates from the warrens and neighborhoods that make up the close-knit communities built by gnomes. Now and again, louder noises accent that ever-present hum: the clattering of rotating gears, random minor explosions, the high-pitched cries of surprise or celebration, and most importantly—contagious bursts of laughter. Gnomes do their best to enjoy life to the fullest. Whether that means to savor each moment of invention, exploration, inquiry, creation, or play.

A gnome may be small in stature, but they make up for it with bounding energy and enthusiasm that bursts from every inch of their tiny bodies. On average, they stand just slightly over three feet tall and can weigh around 40 to 45 pounds. A gnome’s personality is difficult to separate from its unconventional appearance. Their smiling faces are usually tan or brown, and their eyes seem to shine with perpetual excitement atop their prodigious noses. Their lightly-colored hair tends to puff out in all directions as if to accentuate their unquenchable interest in the world around them. However, despite their quirky nature, not everything is wild and unkempt.

In contrast to their characteristic hair, a male gnome keeps his beard carefully trimmed and styled, often into curious forks or a neat point. After all, one would hate to get his facial hair caught in the gears of their latest creation. Similarly, gnome’s take good care of their clothing. Though crafted in subtle earth tones, they are often elaborately embellished with embroidery, embossing, or gleaming gems.

Due to their curious and impulsive nature, gnomes may seek out an adventuring party as a way to see the world—or just for the love of exploration. However, considering their fondness for gems and rare items, some may seek out adventuring as a quick, all be it dangerous, way to amass wealth. Regardless of the reasoning to wander the world, gnomes enjoy this activity as they do all others. Smiling, laughing, and appreciating all that they encounter, often unintentionally annoying their less enthusiastic adventuring companions.

Where do gnomes live?

Most gnomes make their homes underground in hilly, wooded areas. Though, unlike the similar-in-stature dwarves, gnomes enjoy the fresh air of the surface world as much as they do their cozy nooks below. They revel in exploring their subterranean neighborhoods just as they do the natural living world above. However, not everything in gnomish life is an uplifting or welcome experience. In defense of those occurrences, gnomes have developed creative construction methods and simple illusory magics to keep their homes well hidden. Those who are not welcome are unlikely to find their small caves beneath the hills. On the other hand, if welcome, gnomes will hurriedly escort visitors into the bright warm burrows that make up their small communities.

Gnomes who venture out away from their forests and rolling hills commonly reside among human settlements. Their interests and enthusiasm for knowledge often earn them positions as excellent gem-cutters, engineers, sages, or imaginative tinkerers. Wealthier human families frequently hire gnomish tutors on retainer—their long lifespan allowing the tutor to teach several generations of a single human family. Ultimately, a gnomes’ exuberant nature provides a perfect balance between serious learning with delighted enjoyment.