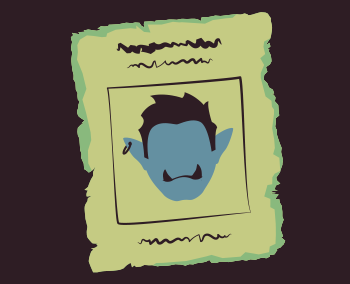 Half-orcs commonly take names appropriate to the culture that raised them. However, due to the prejudice that persists in many cultures, most stay within orcish society. Even those born into alternative communities tend to adopt a more guttural name to reconnect with their intimidating orc heritage. Still, there are some that brave the discrimination and choose to live among other cultures. Those that do may take a relative, non-orcish name, hoping to fit in.

The terrible humanoids known as Orcs have threatened the simple lives of the peoples of Toril for quite some time. Their countless wars have ravaged the lands of Faerûn for innumerable generations. However, the assassination of Mystra—greater goddess and Mother of All Magic—and the Spellplague that followed changed many things. Immediately preceding the disaster, King Obould Many-Arrows unified a horde of mountain orcs into a single kingdom. In the years that followed, he would fight many battles, gain the blessing of his god Gruumish, and eventually sign a treaty that would establish the borders of the first orcish realm. Though he would not live to see it, the Kingdom of Many-Arrows would subsequently become a remarkably civilized and significant power in the north.

Though bands of evil orcs still roam the lands, many have since found purpose and relative contentment. Whether united under the leadership of a powerful sorcerer or weary from their endless conflicts, orc and human tribes sometimes form alliances. More civilized folk may fear and misunderstand the arrangement, but joining forces provides mutually beneficial cooperation that strengthens the combined horde. Arranged marriages between the two tribes typically act as a confirmation of these alliances. It is from these unions that many half-orcs are born, and subsequent legacies begin. As physical representations of the bonds between two peoples, these half-orcs often rise to become proud chiefs of their tribes. However, some also choose to venture out into the world to live and work among humans and other more cultured races. These half-orcs seek adventure and glory, hoping to achieve greatness through their remarkable deeds, barbaric practices, and furious wrath.

Though they are a mix of both races, a half-orc’s appearance is decidedly orcish. Their skin is often grayish or slightly green, and their faces feature sloping foreheads, jutting jaws, and prominent teeth. They also have towering builds, standing between five and seven feet tall and weighing anywhere from 180 to 250 pounds, and their skin often features various types of scars. Battle scars are seen as symbols of pride, while some half-orcs use ornamental scarring as a beautiful type of decorative body modification. However, not all wounds are from positive experiences. Many orc tribes use marking scars or brands as a way to identify former slaves and disgraced exiles.

Where do half-orcs live?

Due to common prejudices against those with orcish blood, half-orcs often find it more hospitable to live among their orc kin. Those who choose otherwise almost always live among humans, as they are most likely to accept half-orcs compared to other races. While it may be uncommon to see half-orcs outside of this, some more daring individuals have found homes in alternative communities. However, many races still have animosity toward those of orcish heritage. The half-orcs who choose to leave their familial lands must endure until they can find a community that is either accepting or indifferent.

Most half-orcs get by on their physical strength, stamina, and determination inherited from their human ancestors. These traits frequently force them into dangerous occupations, as alternative opportunities are scarce. Pressured into these combative lifestyles and rejected by polite society, it is difficult for many half-orcs to prove their worth outside of their prowess as adventurers. Even their personal and social relationships suffer due to the intolerance many half-orcs endure. 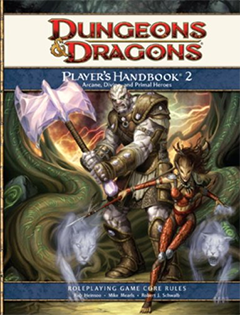 Looking for the Player's Handbook 2?