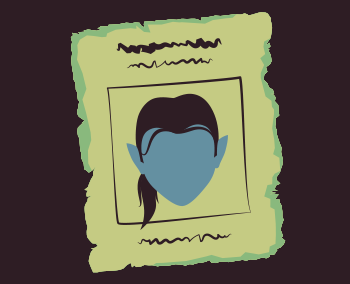 Half-elves do not have a naming convention unique to their own culture. Instead, they generally take either human or elven names. Most often, half-elves receive a name that is opposite of the culture that raised them. Though well-intended, these unfortunate attempts at honoring the other half do little more than emphasize the difficulty most half-elves have with integrating into either society.

Half-elves walk a line between two worlds without truly belonging to either. Despite this estrangement, some say that they possess each of their descendant races' best qualities. Their human blood brings curiosity, inventiveness, and a strong sense of ambition. The elvish heritage complements the human characteristics through refined senses, a love of nature, and a discerning artistic taste.

Most half-elves are raised among those of a specific familial side, though they nearly all feel uncomfortable in their surroundings regardless of their parent's choice. A great deal of a half-elf's turmoil is due to their relative lifespan—twice that of a human, but only a fraction of a full-blood elf. Those living with humans often find themselves set apart by their emotional and physical differences, forced to watch friends and family age and pass on while time hardly affects them. The others who live with their elven families often grow restless as they reach adulthood and mature much faster than their peers. Unable to find a sense of belonging in either society, many half-elves elect to live a wandering life of solitude or seek out adventure with a band of like-minded misfits.

The combination of a half-elf's appearance can also cause feelings of alienation. Humans perceive them as elves, and the inverse is also true. However, despite others' perceptions, their features often become amalgamations between the two races that meet somewhere in the middle.

Elves and humans tend to be similar in height, and the same is true of Half-elves. Most ranging from under five feet to around six feet tall. Likewise, a half-elves weight falls within both ancestors' range, typically from 100 to 180 pounds. They are generally not as slender as elves nor as broad as most humans, though male half-elves are slightly taller and heavier than females. Unlike their elven brothers, male half-elves can grow facial hair, and they sometimes groom their beards to mask their elven heritage. Their skin coloration and features also lie somewhere in the middle, which creates a wide variety not typically seen in either race. However, their eye color comes from their elven side, resulting in brown, hazel, or emerald.

Where do half-elves live?

As mixed-race beings, half-elves have never had land or an empire of their own. However, despite their unfortunate alienation, they are rarely unwelcome in either human or elven cities. Within regions where the two races have ample interaction—and romantic relationships between them are more common—the half-elf population often grows large enough to form small communities of their own. As is natural with any race, they enjoy the company of their true kin, the only individuals who truly understand what it is like to live between the worlds of fey and human.

Outside of these communities, half-elves are reasonably uncommon. Many may not meet another of their kind for several years. This weight of disunity and separation causes some to prefer a solitary, nomadic life, avoiding company and visiting civilization only when necessary. A sense of wanderlust often drives these half-elves, a trait inherited from their elven relatives. However, others may throw themselves into the thick of society, taking those feelings of alienation as a challenge to rise above. These half-elves thrive on human perseverance, relying on their charisma and social skills to propel them into the world of diplomacy. Though, not all may use these skills for the most ethical pursuit. 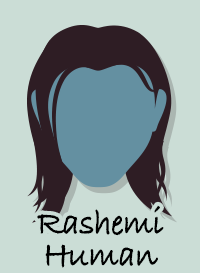