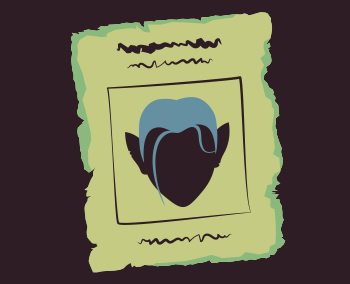 Most traditional drow names include double letters and are composed to be pleasant to the ear. While the drow aspire to emulate their gods, they believe having a first name too similar to their deities is blasphemous and carries misfortune. Similarly, last names rarely begin with an “L” sound due to their closeness to Lolth, the Spider Queen. Only avatars of Lolth were permitted monikers with this phonetic similarity. Beyond significant religious figures, nobility and those of high regard are the only drow granted surnames. Those beneath these social classes were not permitted.

The elven race waged war tens of thousands of years ago, pitting those of compassion and generosity against selfishness and cruelty. After thousands of years of battle and the five primary conflicts called the Crown Wars, the virtuous and kind elves managed to banish the traitorous "dhaerow." Victorious, the Vyshaantar drove the dark elves underground, where the name dhaerow would evolve into the more common "drow."

The defeated dark elves found sanctuary among the endless barren caverns and winding corridors of the Underdark. And despite the many gods who had forsaken them during the wars, one deity took pity and became their patron. Lolth would come to lead "The Ones Who Went Below" to build an empire in the world beneath.

Now known as the most wicked of elvish blood, drow seldom resurface in the world above. The destruction of the elves responsible for their banishment has never left their minds. However, these dark elves no longer see themselves as oppressed exiles. They have become the dominant chosen rulers of the darkness, and they will rise to destroy their despots when their patron commands.

Where do drow live?

As time passed in the Underdark, the drow began to build tremendous and wondrous cities within the enormous underground caverns. They started by searching for subterranean orchards and water sources to better feed their growing communities. And rather than build new shelters, they carved away at the surrounding stone walls. Though strongly inspired by the more delicate elven aesthetic, the dark elves' ability to shape and sculpt stone rivaled even the most incredible dwarven artisans. Simple settlements quickly developed into structurally sound and resilient strongholds. Certain inspired cities even hollowed out the enormous stalagmites and stalactites surrounding the area, carving out small homes that rose from the floors and ceilings.

Over the centuries, drow cities have grown into sprawling metropolises enclosed by impossibly tall stone walls. However, a rare few have seen their interiors, as keen-eyed drow force most other cultures to conduct their business outside the city walls. Adventurers brave or curious enough to sneak their way inside would find a city draped in grim yet beautiful webbing—a silken snare made to catch enemies, flying or otherwise, who dare to enter uninvited. Lolth was also known as the Queen of Spiders, and as her followers, the drow kept giant spiders as eight-legged guard dogs to protect their lands.

Still, pets were not the only thing the teachings of Lolth influenced. Her devout priestesses dictated the rules of drow society, maintaining Lolth's theocratic, matriarchal, and militaristic values. But more importantly, they ensured the execution of the deity's orders and plots. However, the priestesses were not known as the disciplinarians within drow culture. Lolth was known to personally manifest on the Material Plane, reveling in the suffering of those who disobeyed her. Aware of this direct and brutal punishment, the drow have learned to obey her wishes and obediently listen to the priestesses' commands. 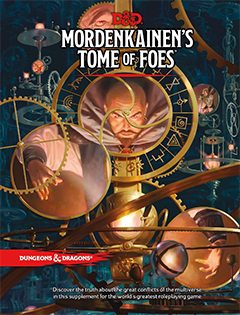