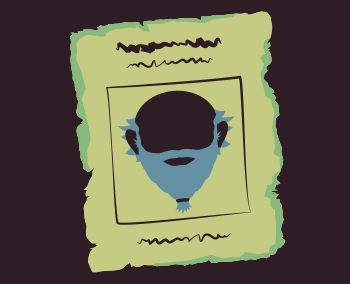 Also known as grey dwarves, duergar are short bald humanoids with ashen gray skin. They often wear drab neutrally-colored clothing to blend in with their natural stone habitat. Even their jewelry and other adornments are simple and reserved, reflecting their harsh and practical demeanor.

Duergar were not always so different from typical dwarves. Centuries ago, a group of shield dwarves known as Clan Duergar began endlessly delving beneath the earth, driven by their greed. These continuous descents into the Underdark eventually led to interactions with the mind flayers, who attacked in -8100 DR, killing or enslaving every clan member. The illithids kept these dwarves captive for generations, performing all manner of cruel and unusual experiments. Eventually, the dwarves rebelled and won their independence with the help of the evil god Laduguer, but the years of experimentation and abuse had changed them. Not only did they emerge as a distinct subrace of dwarven kind, but the experience had left them twisted and cruel.

Despite gaining freedom from their oppressors, duergar persist as grim, cynical, and untrusting creatures. They toil away and constantly complain, with no apparent memory of what it means to be content or proud of their work. Their exceptional craftsmanship and continued achievements survive, yet they feel no warmth or artistry in what they do, only a drive to continue moving forward and to force others to do the same.

Where do duergar live?

Most outsiders view duergar as a despotic people from the Underdark. Their ancient dwarven knowledge has allowed them to create sprawling and fantastic underground cities. However, their tireless usage of slave labor to expand their underground kingdoms often drives other good-natured races to fear and despise them.

The duergar not only suffered the experiments of the illithids while imprisoned, but they also absorbed the strang magical power of the Underdark for centuries. This arcane saturation has given duergar the ability to increase their size and strength, allowing them to become powerful ogre-like creatures for a short time. When their increase in might is not enough, and they wish to slip away into the darkness, duergar can also call upon the ability to turn invisible.

The eons spent toiling away in the Underdark have even sharpened their darkvision. Duergar can see twice as far as most other dwarves. However, this advantage comes at a cost, as duergar also have a debilitating sensitivity to bright lights and exposure to the sun.

Though not all duergar may be evil, scholars believe that Asmodeus, Lord of the Nine Hells, impersonates duergar gods to exacerbate their malicious tendencies. Within this illusion, he provides deceitful guidance and urges them to seek vengeance against their enemies. Each new deed pushes the duergar toward more severe acts of tyranny and solidifies their dreadful image in the minds of others.

Under Asmodeus' false guidance, duergar continue to war against not only their dwarven kin but all other subterranean races. They make faulty alliances when convenient, only to break those partnerships when they can gain nothing more. They continue to kidnap and enslave others to endlessly grind away in the Underdark, thinking of them as little more than free labor or a crude form of currency.