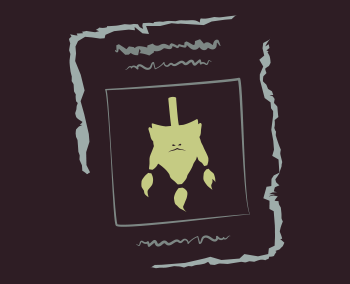 What are storm giants?

Sequestered far from mortal civilizations, storm giants are meditative oracles with massive and powerful bodies. Their hair and skin are often a pale purple-grey punctuated with glimmering emerald eyes. Some are born with violet skin, deep amethyst or midnight blue hair, and silvery steel or orchid-colored eyes on rare occasions. Regardless of their appearance, most storm giants are gracious and wise, though their boundless fury can affect thousands when tested.

Unlike most of their kin, storm giants do not typically form clans or large communities. They seldom communicate with others of their kind, coming together only to discuss signs and omens or engage in infrequent courtship. They are attentive parents, raising their children to maturity, but quickly return to their preferred isolation within their secluded homes as soon as they are able.

Storm giants live in remote sanctuaries far beyond the reach of most other creatures, floating high above the surface world or deep below the known seas. Some have made homes in soaring cloud-top castles that dwarf even dragons flying below. Others find comfort atop steep mountain peaks that disappear far above the clouds. Others still seek their isolation at the bottom of the oceans, hidden among dense shrouds of algae and coral or within grim fortresses carved into undersea rifts.

Some humanoids worship storm giants as lesser gods, creating myths and legends that tell of their exploits and wisdom. However, another culture's laws and moral code cannot govern a storm giants actions. They guide their behavior by the conventions of a conscience cultivated through hundreds of years of observation of the mortal realm. As a result, storm giants who lose themselves to greed and thirst for power can facilitate great evil.

Storm giants frequently reflect upon the memories of ancient and glorious giant empires forged by their god Annam. Searching in contemplative isolation, many storm giants hope to restore what was lost to their kind when the empires fell. Unlike their kin, they do not compete for status in the ordning. Instead, stone giants live out the endless centuries, quietly observing celestial bodies and the depths of the sea for signs, symbols, and omens of Annam's favor and the giant's returned ascension.

This continued meditation on the world provides storm giants with a unique and broad perspective on the events of the surrounding realms. They can anticipate the birth and decline of fortune and disaster, predict the rise and fall of rulers and kingdoms, and discover patterns in the strings that bind all that live in the natural world. Reading their omens, some believe that storm giants have even uncovered vast mysteries unknown to the waking realm and volumes of lore lost to time.

Good and evil will always remain in conflict, wars will be won and lost, and monarchs and their empires will continue to rise and fall. Storm giants have persisted for many mortal lifetimes, acting as impartial watchers and understanding the frivolity of intervention. During times of great crisis, a storm giant may impart certain secrets to those with compassion and moral purpose. However, to gain such knowledge, hopeful creatures are expected to speak and act with respect or suffer the wrath of an angry giant.