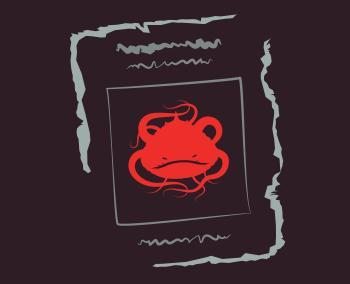 Ancient evil aberrations with strange eel-like or cephalopodic bodies, aboleths are a race of massive amphibious monstrosities granted powerful psionic abilities. Their immense fish-like bodies can stretch over 20 feet (more than six meters) in length, continuously growing throughout their life cycle. Aboleth trunks are often tubular, with large caudal fins at their tail and dorsal fins near their heads and along their back. Their mouths are lamprey-like, with spiraling rows of serrated, jawless teeth, often surrounded by tentacled barbels.

Aboleths were monsters of immense power and influence before the age of the gods. They subjugated countless creatures, reaching out with their minds from their primordial oceans and underground lakes to seize control of the fledgling life-forms of the mortal realm. They lived as false deities, asserting their power and dominance over others. However, when the true gods ascended, they tore down the empires of the aboleths and freed the mortals they had oppressed. An act the aboleths have never forgotten.

Aside from their psionic gifts, aboleths also possess flawless memories with unique processing abilities. They can bestow their knowledge and experiences on to future generations and even absorb the wisdom of those they consume. As a result, the defeat at the hands of the gods remains perfectly preserved in their minds, a festering wound that each aboleth endures.

Living with the stark clarity of their failures burned into their memories would be curse enough, but aboleths must also endure this dismay in an unending cycle of rebirth. The soul of an aboleth never entirely passes on. Instead, its spirit returns to the Elemental Plane of Water, where a new body eventually coalesces, forcing the aboleth to endures once again.

Aboleths ultimately dream of overthrowing their usurper gods to regain control of the world. They have had eons to conspire and plan the demise of the gods, and they are content to wait patiently for their chance. Few have the wisdom to conceive of the aboleth's plans, and even fewer still will live long enough to see them executed.

Where do aboleths live?

Like most aberrations and bizarre creatures, aboleths originated from the Far Realm, a plane of fevered madness situated far from other planes in the Great Wheel cosmology. However, long ago, many of their kind emigrated from their distant maddening plane to the Prime Material Plane. Once on Toril, most aboleths made their homes in the familiar depths of the Underdark. Others sought comfort in the memories of eons past by haunting ancient ruins, deep underground lakes, and abandoned temples.

As amphibious creatures, aboleths lair in the craggy depths of the ocean or other subterranean bodies of water, often surrounding themselves with the ruins of long-dead ancient aboleth cities. They spend most of their time beneath the depths, periodically surfacing to interact with visitors or demented worshipers.

Yearning to regain the control they once had over the burgeoning world, aboleths play at being gods from within their watery domains and the lands that adjoin them. They demand worship and obedience from their subjugated followers and devour those who refuse. This consumption allows aboleths to absorb the defiant's experiences and knowledge into their eternal memories, expanding the aboleth's mind and fueling their schemes.

Aboleths use their vast stores of historical insight and telepathic powers to read other creatures' minds and discover their deepest desires. They use this stolen knowledge to manipulate others into compliance or servitude by promising to fulfill their needs. Within their lairs, they create illusions of these promised rewards indistinguishable from reality, convincing their newly acquired followers of their presumed influence and power. 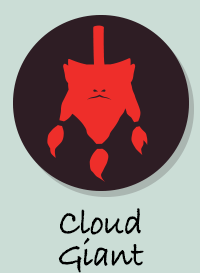