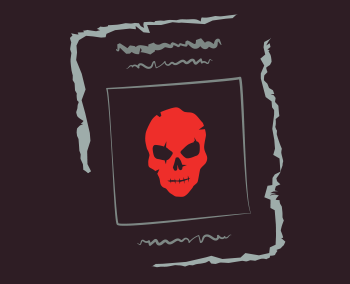 Liches are the undead remains of spellcasters who sought to preserve themselves beyond mortal limitations to pursue unimaginable power. They have little regard for the world of the living unless it interferes with their twisted plans. Liches hunger for forbidden knowledge and secrets lost to the world, and their separation from mortality allows them to plot for ages to obtain what they desire.

The path to lichdom is not one pursued on impulse. One must bargain with all manner of insidious and foul entities to gain the secrets to immortal, undead life. Only powerful fiends and gods hold the key to unlocking the wretched rituals required to trap and bind a spellcaster's soul to a phylactery and grant them undeath.

While not all liches begin their undead existence as gaunt, skeletal humanoids, their flesh inevitably gives way to rot. Their insides decay underneath torn, withering skin, and their eyes slowly turn to ash from the searing light that now burns from deep within its sockets. Most liches wear the deteriorating remnants of their previous life—a crumbling visage of time‐worn, once refined clothing and dulled jewelry and adornments. Gone are the recognizable elements of their previous lives. They no longer require air, food, drink, or sleep, nor do they feel the need for their former names. Instead, they take monikers like the Black Hand or the Forgotten King.

A lich's chosen phylactery binds its soul forever, but it must also periodically sacrifice new souls to this supernatural prison to maintain its body. This ritual is required to feed the magic necessary to stave off the decomposition of the lich's body and consciousness. Without this practice, its main body would rapidly deteriorate, progressing its undead form into that of a demilich.

Though powerful, a lich can still become damaged by mishaps or acts of aggression. When its body becomes broken and useless, the lich's will and mind drain away, leaving nothing more than a corpse behind. In the days after, a glowing smoke will begin to emanate from the lich's phylactery, slowly reforming a new body for the lich to inhabit and rise once again. Due to their regenerative properties and the suspension of eternal death, liches go to great lengths to hide and protect their phylacteries from enemies.

While a skilled combatant with specialized weapons can harm a lich's body, destroying their phylactery often requires a more complex and elaborate process. Every lich possesses a unique vessel for its soul and does its best to eliminate all knowledge contributing to its destruction. In most cases, those looking to shatter a phylactery must acquire a particular ritual, collection of items, or a powerful weapon.

A lich may spend decades or even centuries isolated from the living world, only interacting with those who service and secure their sanctuary. Their singular focus on the pursuit of power drives their existence. Only the occurrence of significant events reminiscent of their past lives may rouse them from their dark schemes.

In their quest for dominion over others, liches often accrue spells and magic items like potions, scrolls, various spellbooks, magic wands, and even powerful staffs. However, they do not hoard their collections like a dragon might. Instead, they use these items to aid in their pursuits or put them to use when defending their lair.