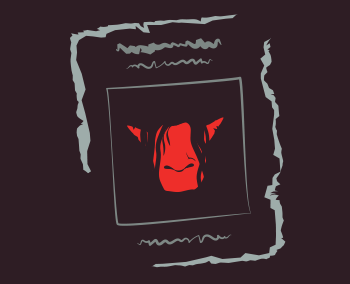 Fearsome green-skinned giant humanoids, trolls are found throughout the lands of Faerûn. Adventurers have encountered the various subraces of these insatiable and predatory monstrosities in the arctic wastes, tropical jungles, and battlefields controlled by orcs, ogres, and hags. Trolls are uncivilized and grotesque creatures with endless appetites that roam the realms searching for their next unfortunate meal. Legends describe trolls as the progeny of the daughters of Vaprak, which would make them the descendants of Annam All-Father, like other giants. However, many scholars still debate the authenticity of this claim.

Trolls are cursed with terrible unending hunger and devour anything unlucky enough to cross their path. While they do not have a formal society, trolls will work as mercenaries for other dark creatures in exchange for food. However, even contracted trolls are challenging to control, doing as they please with little interest in the schemes and pursuits of others.

Though giant, trolls have deceptively thin bodies with dense, rubbery hides ranging from mossy green to rotten grey. Their severe hunch and unnaturally long arms cause the backs of their massive claws to drag along the ground, and their upper bodies stay limp and unmoving while running. Their hair festers and oozes from a singular point atop their skulls, unlike the expected growth of most other humanoids, and is an unsettling black or deathly grey color. While all trolls possess considerable strength, females are typically much larger and more powerful than males of each respective subrace.

A troll's resilience is a sight to behold. No matter how hard you shatter their bodies or slice their flesh, trolls seem only to grow more enraged. Their bones continue to fuse themselves while wounds close with unnatural speed. Severed body parts, like arms, legs, or even their head, appear to maintain a certain amount of their life energy after dismemberment. It is even possible for trolls to reattach these severed parts, an act they hardly regard with any acknowledgment whatsoever. Only acid and fire can halt the unbelievable regenerative properties of a troll's body, and they will viciously attack any foe capable of doing such damage.

However, the incredible and unnatural healing ability trolls possess is not without drawbacks. Whether reconstituting from mere scraps of flesh or growing back a lost limb, the speed and chaotic nature of their regeneration can leave them vulnerable to bizarre mutations. Dismembered trolls may improperly reconnect severed limbs, creating abnormal silhouettes. A decapitated troll could grow two heads from the same stump of its neck. One who eats a fey creature might somehow manifest one or more fey traits.

Scholars have noted that magical emanations, planar energies, unusual diseases, and death on a vast scale can also adversely affect a troll's healing process. Evil spellcasters have used this knowledge to create various rituals that cause and shape a troll's mutation to their will. Some trolls have even been experimented on and dissected by particularly abhorrent scientists attempting to construct new and terrifying abominations.