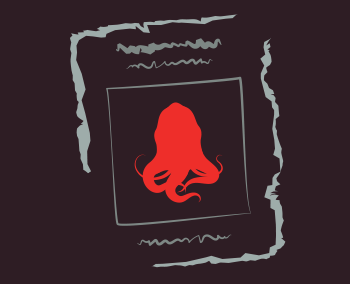 Other Names for Mind Flayers

What are mind flayers?

Also referred to as illithids, mind flayers are a living curse upon many sentient creatures throughout the realms. They are interdimensional tyrants and slavers who use their psionic powers and considerable intellect to reap whole races for their malicious purposes. Though vaguely humanoid, mind flayers are gruesome, writhing aberrations set on subjugating and devouring other creatures.

Though a formidable foe, the flesh of an illithid's body is surprisingly smooth, pliant, sticky, and rubbery to the touch. Even when healthy, their skin appears sickly and clammy, with coloration ranging from mauve to greenish-violent. Like much of their strange composition, a mind flayer's unsettling texture is like few other creatures and easily distinguishable to those unfortunate enough to be familiar.

Mind flayer heads are equally as unsettling. Elongated, bulging, and rigid, they appear octopus-like, with a set of four flexible, extendable, purple-black tentacles that surround their mouths. These slimy appendages continually writhe and undulate involuntarily while an illithid is deep in thought or flex anxiously in anticipation of a potential meal. Their tentacles were so incredibly dexterous and powerful that most mind flayers could use them as deftly as they would their hands and fingers.

Humanoid brains provide enzymes, hormones, and latent psychic energy that illithids consume for survival. Those with very brain-rich diets secrete thin layers of mucus that coat their sallow skin. The ritual of devouring a brain is a euphoric experience for most mind flayers. They not only gain sustenance but consume a creature's memories, personality, and innermost fears. However, not all grey matter becomes a blissful meal. Some illithids harvest particular brains for bizarre experiments or create other hideous monstrosities like intellect devourers.

Where do mind flayers live?

Long ago, illithids controlled large empires that spread across many different worlds. Within these realms, they not only subjugated all manner of creatures but warped and altered entire races like the githyanki, grimlocks, and the kuo-toa. However, since the fall of their great psionic kingdoms, most illithid collectives have found refuge on the Material Plane within the Underdark.

It is rare to encounter a mind flayer in isolation. Solitary illithids are typically rogues or outcasts, cut off from the collective consciousness of their kin. Most mind flayers belong to a familial community devoted to an elder brain. This enormous brain-link creature typically rests within a centrally located saline pool within the illithid colony. This optimal position allows the elder brain to dictate orders within a five-mile radius. Not only is the range impressive, but an elder brain is also able to reach out to each mind flayer simultaneously, holding multiple mental conversations all at the same time.

Beyond conversing with an elder brain, illithids possess formidable psionic powers. These abilities allow them to mentally control the minds of other creatures, making thralls of troglodytes, grimlocks, quaggoths, and ogres. Once under their control, mind flayers use their thralls for all manner of tasks, including forcing them to become reluctant bodyguards and soldiers. Illithids usually avoid combat if at all possible, relying instead on the physical capabilities of their thralls to act as enforcers or even as living shields.