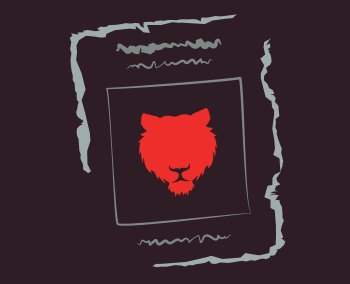 Deceitful humanoid fiends, rakshasas use subtlety and misdirection to gain control of others. It is rare to see a rakshasa in its proper fiend form, as its innate magic allows it to take on nearly any image. However, their preference for the finer things in life often saw them masquerading as someone of power or influence, like a noble, elder, or a wealthy merchant.

Without these illusions, a rakshasa's form generally consists of a tiger's head atop a humanoid body. Though infrequent, some also possess the heads and features of other predators like carnivorous apes, crocodiles, and mantises. Records indicate that some of the more high-ranking of their species may have also had multiple heads.

A rakshasa's eyes range from gold with black vertical pupils as felines to bulbous, multifaceted spheres as insects, but all contain a hint of fiendish, malevolent intellect. Regardless of their makeup, all rakshasas have a significant and unique deformity. Their palms are where the backs of their hands would be on most humanoids, and their fingers joint in the opposite direction.

Even though there are countless documented instances of rakshasas influencing worldly politics, there are far more outside the known examples. Many believe the rakshasa's sinister scheming directly connects to the downfall of all manner of organizations, merchant guilds, and churches, the birth of indescribable tragedies, and the collapse of whole governments. Despite the complexity of their schemes, a rakshasa's ego would rarely allow them to work with others of their kind. Not to mention, the entirety of many rakshasa plans revolve around deception and careful information gathering throughout their domain.

Where do rakshasas live?

Much of the exact origins of the rakshasas are shrouded in myth and mystery. Although, the arrogant and deceitful rakshasas themselves are most likely to blame for such a convoluted riddle. If they did know their history, they would probably never risk sharing it willingly, going out of their way to make sure their stories were as confusing and contradictory as possible. After all, knowledge of their homes could lead to their permanent death.

Though the specifics may be unclear, most scholars accept that the rakshasas originated in the Nine Hells long ago. Many believe they were powerful devils that created a corrupt ritual, freeing their essences from their fiendish bodies and allowing them to escape to the Lower Planes. Once there, the rakshasas were free to enter the Material Plane in secret, where they fed their insatiable appetite for human flesh and evil schemes.

Death on the Material Plane was not the end for a rakshasa. Instead, meeting their demise meant an excruciating and torturous return to the Nine Hells. There, its essence would remain, trapped for months or years until its body reforms. Reborn, the rakshasa retains the memories and knowledge of its previous life and viciously yearns for retribution against its killer. However, they are not singularly focused and driven by rage. A rakshasa will happily punish family or friends if their intended target manages to evade them. The only way to end this cycle of violence and destroy a rakshasa forever is by killing them within the Nine Hells.