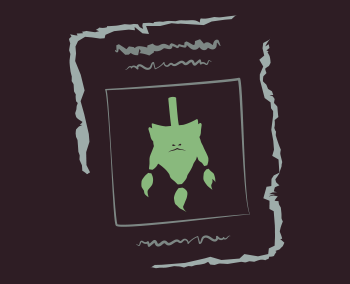 What are hill giants?

Greedy, simple-minded brutes, hill giants are enormous creatures that constantly hunt, forage, and raid to fill their tremendous bellies. Stumbling through hills and forests, they devour anything remotely edible or bully others into feeding them. Their apathy and stupidity would have been their downfall long ago if not for their menacing bulk and immense strength.

The ability to digest virtually anything they put in their mouths has allowed hill giants to survive for eons, eating and breeding like savage animals. Without the necessity of evolution, their minds and emotions have remained undeveloped and feeble. They persist among the hills and mountains in simple housing built of rough timber or cobbled together mud huts. They craft weapons from uprooted trees and heavy rocks pulled from the earth. Even their clothes are little more than crudely stitched-together animal skins that reek from months of unwashed sweat and filth.

Hill giants equate size with power, and with little else to occupy their time, they eat as often as possible. Typically hunting alone to avoid sharing, hill giants will eat anything that isn't obviously deadly. Although, even this “guideline” doesn't stop them from devouring rotten meat, decaying plants, or even mud. Still, their diet isn't always gross. A hill giant that blunders into a farm will gorge itself on whole herds of cattle or sheep, suck down the entirety of a chicken coop, and scoop up that season's crops. The giant may even snack on the family living there if they cannot convince them otherwise.

Hill giants are direct and blunt communicators and can be easy marks for a particularly cunning creature. Reasoning with a hill giant is virtually impossible. Clever misdirections or encouraging them to pursue their base desires can sometimes help influence their actions. However, if a hill giant manages to discover your ruse, feels insulted, or becomes too frustrated, they will lash out in a violent tantrum. Their relentless rage only subsides when their arms tire, they lose interest, or they grow hungry.

Though they follow the ordning, hill giants are utterly oblivious to this social construct. They merely obey any creature larger than they are, believing them to be stronger and more capable. Within their specific societies, hill giant chiefs are usually the tallest and fattest giant still able to move. It is rare for a hill giant to subvert this social hierarchy using brains over brawn or bulk.

As simple creatures, hill giants never developed a culture of their own. Instead, many clumsily attempt to emulate the traditions of other humanoids they come across. There are stories of hill giants laying waste to entire forests, trying to live among the trees like elves. Villagers have even seen giants tear down walls and roofs to sit among their houses. Some giants have even wedged themselves into caves to emulate dwarves and gnomes.

Following this pattern of behavior, hill giants will sometimes proclaim themselves king over territories with existing inhabitants. Though, with no understanding of how to rule, they rely on fear and tyranny. Their interest in the actual royal duties is minimal at best, and they care little for the well-being of their people. Rather than making sound judgments, their stomachs fuel their decisions. Many forget their self-appointed title and station entirely, and driven by their hunger, devour every last one of their subjects.