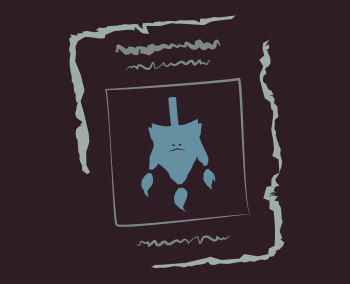 What are frost giants?

Fierce and hardy warriors of the frozen northern lands, frost giants are gigantic reavers who survive by raiding and pillaging nearby civilizations. They most admire those among them with great strength and skill in battle, displaying their prowess through old wounds and gruesome keepsakes of the fallen. As creatures of ice and snow, their hair is white or pale blue, knotted with frost and rattling with icicles. Their flesh is grey-to-blue, matching the glacial ice that surrounds them.

Brute strength stands above all other attributes respected in frost giant culture. They evaluate their place in the ordning through proof of physical power, like those with superior musculature, scars from great battles, or grotesque trophies crafted from the bodies of their enemies. Frost giants delegate societal tasks like hunting, childrearing, and crafting based on an individual's physical strength and fortitude.

They consider most menial crafting beneath them, but frost giants value carving and leatherwork due to its integral part of their culture. They craft clothing from the skins of felled beasts and carve bones or ivory into crude jewelry and the grips of weapons or tools. Frost giants also reuse the gear of smaller folk by lashing together shields into scale armor or affixing swords to tree trunks to make giant spears. However, the most valued trophies come from vanquished dragons. The most renowned jarls wear dragon scale armor or wield enormous weapons made of dragon claws or teeth.

When different clans of frost giants meet, and their place in the ordning is uncertain, they will often wrestle to assert dominance. However, these gatherings are not brutal battles but impromptu festivals where clans proclaim their strength. Whether a grand celebration or a more chaotic free-for-all, the champions of each clan clash in a thunderous roar. Their melee can often shatter great trees, smash ancient frozen lakes, and cause avalanches among the frigid mountainsides.

Where do frost giants live?

Seeking any area doomed by endless winter, frost giants dwell among the highest peaks and frozen glacial tundras. With the inability to cultivate crops or raise healthy livestock in such harsh conditions, most frost giants rely on hunting and capturing what they can when raiding civilized lands. Wild game is a regular food source, but frost giants never cook it, as a fresh kill provides sufficient heat for their palate.

Frost giant war horns bellow amidst howling blizzards as they descend from their ice fortresses to plunder. Villages and homesteads lie in ruins as the storms clear. Only ravens and scavengers dare to linger, feeding on the remains of any creature rash or unfortunate enough to find themselves in the giants' path.

Taverns and inns suffer the most, their food stores ransacked, and any casks of ale are drunk or taken. Frost giants attack blacksmiths with similar enthusiasm, destroying their forges and poaching any iron or steel they find. With little use for coin, frost giants leave moneylenders and the homes of the affluent relatively undisturbed, though they will take any jewelry or gems large enough to be worn or noticed. They may find value in such things, but frost giants rarely wear jewelry themselves. Instead, they prefer to save these treasures for trade with other giants interested in the finer things.