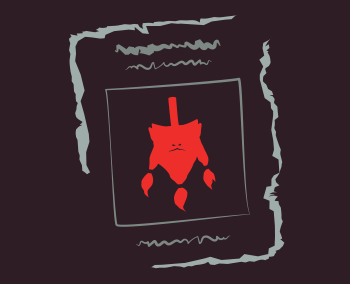 What are fire giants?

Living among lava flows, volcanoes, and craggy mountains, fire giants are enormous humanoids renowned for their ruthless militaristic prowess and mastery of metalwork. They have a fearsome reputation as soldiers and conquerors who are not above burning, plundering, and destroying the lands they invade. However, fire giants also produce the finest crafters and artists of all their kin. They excel at smelting and smith work and the engineering of metal and stone. The quality of which even shows in their various instruments of war and destruction.

Fire giants encourage their offspring to embrace a legacy of war from birth, even chanting songs of battle as lullabies. In their younger years, fire giants emulate the warring adults by playing dodgeball with igneous rocks across magma rivers that act as bounding areas. As they age, formal martial training and history become a more integral and essential part of their daily lives. Fire giants songs are historical poems that describe past battles, and their dances are reminiscent of martial formations. Many nights echo the sound of pounding feet and vocal choruses reverberating like smith's hammers throughout their soot-crusted halls.

The fighting prowess that fire giants are known for does not come from primal wild fury. Each young giant musters endless discipline, burning the knowledge of their elders into their memories over years of training. Those who underestimate a fire giant based on their brutish demeanor quickly learn that these hulking soldiers live for combat and can be clever tacticians when necessary.

Similarly, fire giants pass down their crafting knowledge to younger generations through parallel patterns of training and real-world experience. They rarely write down notes or work from blueprints, relying on enslaved humanoids to work through such frivolous tedium. Often conquered in war, fire giants forcefully adopted these unfortunate folk as serfs and forced them to work in their courts, fields, or as miners in the surrounding mountainous areas. Those assigned to the latter rarely survived the dangerous and challenging work for long.

Where do fire giants live?

Most fire giants build their strongholds around the inside of volcanoes or among caverns that house rivers of magma. The immense heat causes their fortress walls to glow red-to-orange and helps to fuel the fires of their forges. Those with a particular skill as a smithy hold places of great honor among the community, and as a result, fire giant forts seem to spew continuous clouds of sooty smoke.

Those who find themselves far removed from the natural volcanic heat must improvise. Some fire giants work nearby mines for coal, while others in more remote areas may deforest miles of land to supply their forges with wood. Fire giants will do almost anything to avoid the cold, despising it just as much as their frost giant cousins do the heat. They can, however, adapt to cold environments when necessary, going to great lengths to keep their hearth fires burning bright and layering on heavy woolen clothing and furs to keep the cold at bay.

Along with building impressively strong fortresses and frighteningly powerful siege weapons, fire giants experiment with metallurgy. They toil away to create new and improved alloys from local metals, which they craft into the hardest possible armor and equally as formidable weapons. This kind of work requires equal parts brains and brawn, and those most capable hold the highest positions among the ordning.