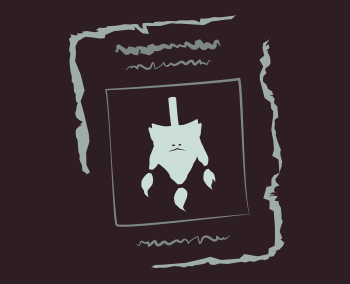 What are cloud giants?

Living lavish lives high above the world, cloud giants show little concern for the struggles of other races, feigning interest only when curious or seeking amusement. These muscular, light-skinned giants take after their patron god, Memnor the Trickster. As their father, cloud giants inherit pieces of Memnor's personality. However, most align themselves with the aspects and exploits of the deity they admire most. Evil cloud giants often emulate his duplicity and obsessive, self-absorbed nature, while good cloud giants take on his intellect and eloquent manner of speech.

Though they are not the only spellcasters, cloud giants show considerably more skill than most of their kin. Some can control the weather, bringing storms and steering the winds nearly as well as their storm giant cousins. Attuning to the airy magic of their domains, practiced cloud giants can even turn into mist and create clouds of rolling fog.

Much like the nature of their magic, cloud giants have spread to the winds living among mountain summits and solid clouds. Their small, isolated clans or families encompass vast areas of the world. These scattered groups will come together during a crisis, though their distance from each other often slows their assemblage.

A cloud giant dwelling is extravagant, with extraordinary additions frequently associated with the rulers of great kingdoms. Their yards often play home to incredible gardens with produce that matches their enormous stature. They cultivate blueberries like plums, plums like melons, and melons the size of boulders. Cloud giants even keep impossibly large aeries that house creatures like griffons, perytons, and wyverns, serving both as hunting beasts and garden guardians.

Cloud giants rank amongst the most powerful in the ordning, second only to the reserved storm giants. Taking advantage of the reclusive nature of their superiors, cloud giants often proclaim themselves as having the highest standing and authority. They frequently order the giants beneath them to collect wealth or provide entertainment. A cloud giant may employ fire giants to smith and craft glorious artwork or call upon frost giants to raid and plunder nearby humanoid lands. Many often treat hill giants as little more than court jesters, demanding they fight or destroy neighboring lands simply for amusement.

Extravagant displays of wealth define cloud giants' place among their social hierarchy. Though the cost of their assets is essential, the beauty, scarcity, and prestige of their collections are just as valuable. Those among the highest of society often give recklessly expensive gifts to other cloud giants as a way of prooving their ample wealth. Unlike the hordes of a dragon, these lofty giants seek to wear their fortunes. They purposefully craft any jewels and gold into adornments and treasures that bring esteem to their families.

The pompous and bombastic method in which could giants display their acquisitions makes it nearly impossible to refute ownership or steal from one another. Instead, cloud giants engage in high-stakes gambling to acquire the wealth of others. The lives of lesser creatures are often the subject of their wagers. It is common for a cloud giant to bet vast fortunes or even their ordning rank against the successes or failures of a nation's military conquests. Interfering to fix a bet is immediate grounds for a loss. However, it's only genuinely cheating if someone catches you. After all, there is no better way to honor Memnor than to display one's cleverness.