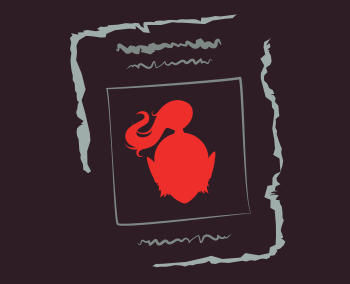 Rare elemental creatures of story and legend, genies are incredibly formidable. They are arrogant beings of extravagance who have a profound sense of entitlement, ruling their realms from lavish palaces, attended to by worshipful enslaved people. Much of their vanity stems from the understanding that few creatures other than the gods themselves can challenge their immense power.

Though a rare occurrence, genies are born when a living soul merges with the primordial matter of an elemental plane. The newly formed genie does not typically retain a connection to the soul that gave it form, but it does often determine the genie's physical appearance and personality. Though they may look humanoid, genies are physical manifestations of elemental spirits. They do not reproduce like many other humanoid races, but some have sired children with a mortal on rare occasions.

Genies use enslaved people to validate their power and inflated self-opinion. While the flattering voices of a hundred followers are a relished sound, two hundred enslaved mortals prostrating themselves prove a genie's superiority. They view their unfortunate servants as living property, and those without property are worthless in the eyes of their kin. As such, many genies value their captive laborers, treating them as honored members of their houses. Even evil genies who abuse their servants would never deplete such a vital resource.

Despite their love of enslavement, genies loathe the idea of being bound to serve others. They are such self-serving creatures that they will only obey the will of another if compelled by magic or a considerable bribe. Mortal mages frequently seek to bind genies into service, hoping to take advantage of their tremendous power and the rare ability to grant wishes.

What types of genies are there?

Dao are greedy and malicious creatures. They find joy in the envy of others and take great pride in their adornments, selecting only the finest jewelry crafted from precious metals and set with rare gems. They fly about, their lower bodies twisting into columns of swirling bits of earth, stirring up clouds of dust as a way of drawing even more attention.

The djinn are proud and sensuous genies who prefer the finer things in life. They are often the most attractive of their kin, with tall, well-defined bodies, blue skin, and piercing dark eyes. Delicate, shimmering silks comprise their clothing, providing comfort while highlighting their musculature.

As masters of flame, the efreet are immune to their representative element and can easily create flames on a whim. They decorate their magma-red or coal-black bodies with fine silks and damask robes. Jewelry adorns nearly every bit of exposed skin with brass and gold torcs, chains, and rings, each glittering with lavish jewels.

Marids are the tallest and most self-righteous of the genies. Their skin matched the hues of the ocean and often shifted color to reflect their mood. These emotional shifts were pretty easy to see as most marids hardly felt a need for clothing. Although, what little they wore was finely woven from colorful seaweed inlaid with coral or pearls. 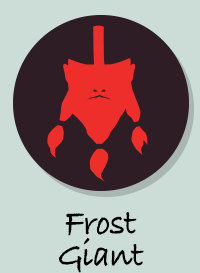