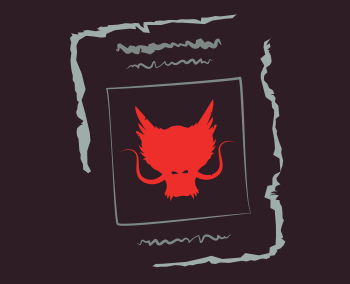 True dragons are an ancient race of giant, intelligent, winged reptiles known for their terrifying power, avarice, and predatory prowess. Nearly all dragons wield magical power that fuels their breath weapons and other unnatural abilities. The eldest of their kind accounts for some of the most frighteningly powerful creatures in the known world.

Wyverns, dragon turtles, and other beings also possess the blood of dragons. However, true dragons exist within a specific category subdivided into chromatic, metallic, and gem dragons. Many believe chromatic dragons to be evil, selfish creatures. This subcategory typically includes the prominent black, blue, green, red, and white dragons, along with the lesser-known brown, grey (or fang), purple (or deep), and yellow dragons. In contrast, metallic dragons often represent nobility and inherent good. These dragons include brass, bronze, copper, gold, and silver, with the less common iron, mercury, platinum, and steel. Gem dragons include amethyst, beljuril, crystal, emerald, obsidian, sapphire, and topaz and usually have a more broad range of alignments.

With such a varied array of draconic heritage, it is rare for two dragons to share the same goals or ideals. However, nearly all true dragons suffer from a consuming thirst for wealth. Mounds of coins, gems, jewelry, and rare magical items are a standard among many dragon hoards, although not every dragon defines wealth in the same manner. Some may covet magic spells, an army of servants, or even knowledge lost to time.

Where do dragons live?

There are recorded instances of small dragon broods roosting together. Although, most only interact with other dragons to mate before returning to the isolation of their lairs driven by their pursuit for wealth. Whether burrowing or inhabiting an abandoned cavern, dragons make their lairs in many different places throughout the realms.

At times, black and green dragons will compete for similar forested territories. Black dragons prefer to dwell in damp caves or grottos within the swampy outskirts of civilization where they can take their time with their victims. Green dragons may settle in similarly wet marshes but often prefer a more lush forest where they can hide their lair among the natural camouflage.

Blue, brass, brown, and yellow dragons all prefer the barren expanse of the desert. Blue dragons are known to carve out crystalline caverns beneath the sands using their lightning breath. Brass and yellow dragons often share the same relative territories, making their lairs in abandoned ruins, canyons, or underground cave networks. Brown dragons are less particular, burrowing under the surface of the sand like a common horned lizard.

There are quite a few dragons that compete for lairs among the world's volcanoes. Red, obsidian, beljuril, and mercury all prefer to create their dens in areas with geothermal activity as the heat often feeds their natural affinity for fire-based attacks. In contrast, emerald dragons often seek out dormant volcanoes due to their fear of red dragons and fire giants, as the lack of volcanic activity naturally reduces possible encounters.

Copper, iron, and grey (or fang) dragons also inhabit the peaks of mountains and hilltops but prefer the dryer, more temperate areas of the world. Iron and grey dragons seek out rocky terrain that provides a more natural camouflage. However, copper dragons look for narrow caves in the uplands that provide natural chambers to hide their valuables.

Bodies of water tend to draw topaz, bronze, gold, and amethyst dragons. Topaz and bronze compete for caves that line the coasts, while gold and amethyst typically seek inland freshwater habitats. However, amethyst dragons still prefer the elevation of mountain lakes whenever possible.

Purple (or deep), sapphire, and steel dragons create lairs in areas that deviate from the stereotypical true dragon habitat. Purple and sapphire dragons prefer the deep subterranean security of the underdark. Although steel dragons may have the most unexpected den locations, choosing manufactured structures like castles, towers, palaces, and sprawling mansions. 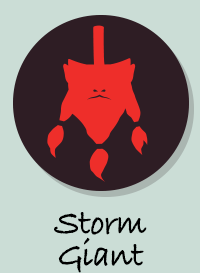