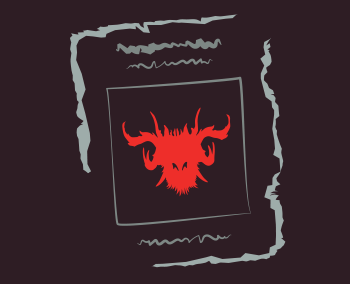 Physical manifestations of evil and chaos, demons are creatures of corruption and malice, taking on innumerable forms and compositions. Their boundless abhorrence gives way to endless variations in how each wreaks havoc across the multiverse. Chaotic evil by nature, demons live for the torment of others, the destruction of kingdoms, and widespread devastation.

While most other fiends like devils, hell hounds, rakshasas, and yugoloths settled among the Lower Planes, demons were usually native to the Abyss. Their kind does not have a typical communal society. Rather than kings or monarchs, demon lords or demonic deities gather enough power and influence to control expanding armies of lesser demonic creatures. Though they fight against good-natured beings like planetars and devas, many demon lords gather troops to strike against their sworn enemies, the devils of the Nine Hells. Their ancient conflict seethed during the Blood War, which raged from the Age Before Ages, subsiding only upon Asmodeus' ascension.

Though their appearance and forms may be infinitely and uniquely grotesque, many scholars and sages have organized demons into three distinct subcategories. These consist of the Obyriths, the Tanar'ri, and the Loumara. While most demons fall into these groups, the Demonomicon has also divided the less common subspecies into other specialized categories.

What are the main subcategories of demons?

Obyriths are the oldest demon kin, thought to have originated from an entirely different reality. Considered an eldritch race of demons, many believe they predated mortal life and the existence of the gods. A mere glimpse of their unnatural forms could drive most individuals insane, and even their very presence horrified the surrounding cosmos. More than just ugly, their bodies transcended the mortal understanding of noxious depravity, which oozed into every aspect of their existence. They were an affront to every sense, as though reality itself wished to forget their detestable visages.

Tanar'ri are the most numerous demonic race and currently rule over the Abyss. Some sight the Demogorgon as the first tanar'ri, a manifestation of evil souls twisted by the raw chaos of the lower realms. Whether formed of sins and spirits or shaped by evil gods, all tanar'ri are the physical embodiments of vice, the depravity from the darkest corners of the mind. Due to their ties to the mortal realm, most tanar'ri hold some humanoid features, though their ancient ancestors more closely resembled the more monstrous and primeval appearance of the obyriths.

Though still considered ancient by most standards, the youngest demon race is the loumara, immaterial beings who possess creatures and objects alike to spread their corruption. More ghost than demon, the loumaras are supernatural horrors, living nightmares born of the twisted dreams of former deities who fell to the Abyss. Their incorporeal form is the only physically unifying trait among their kind, though some held a more consolidated shape than others. Despite their prolific existence in their native domain and the evil they've spread throughout the mortal realm, most loumaras remain relatively unseen by those living on the Material Plane. 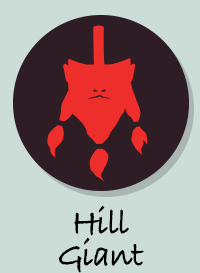