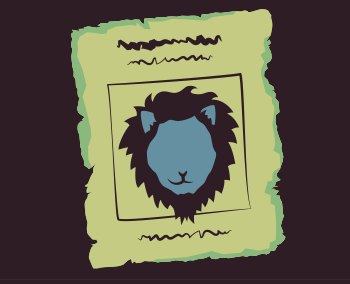 Leonin first names are given to them by their parents and often pay homage to past relatives or individuals of great respect in their pride. Rather than using last or family names, leonin identify themselves by their pride. Pride names typically refer to an outstanding physical feature of their people, a great deed, or a significant region or landmark among their territory.

Leonin are taller than most typical humans and carry themselves in an intimidating manner that radiates might and physicality. True to their lion-like appearance, tawny fur covers leonin bodies, and some even grow thick manes that range in color from gold to black. Their hands are surprisingly dexterous despite their size and retractable feline claws. These natural weapons, combined with their speed, power, and ability to produce bone-rattling roars, provide most leonin with an outward appearance that can quickly shift between noble and terrifying. This reputation can cause some to mistake their confident demeanor for imperiousness. While leonin allies may appreciate their inherent confidence, those with imposed authority or unworthy expertise may view their behavior as an act of defiance.

However, the misunderstanding of leonin behavior doesn't stop there. Many from other cultures observe them as easily offended, unable to accept criticism, or harboring needless hostility. While that may be partially accurate, the larger truth is that most leonin enjoy a good fight, physical or otherwise. They relish any opportunity to exercise their minds and bodies, be it an argument, wrestling, sparing, battle, or even a sacred hunt. Despite this, leonin rarely, if ever carry a grudge. A warrior may lash out in response to an insult with unexpected violence but forget the offense when the fight concludes—especially once their foe is vanquished and their superiority is unequivocally proven.

In centuries past, leonin worshiped the same gods most humans had. However, after their prides suffered the depravities of the tyrant Agnomakhos, many rejected their gods. As a result, while the majority still believe in their existence, very few leonin now devote themselves to the service of the gods. They see these deities as capricious and undeserving of devotion and rely on themselves and their prides instead. These social and familial groups create personal bonds through shared experiences and universal struggles rather than a unified faith or devotion to a deity.

Where do leonin live?

The leonin and their prides have lived in and guarded the shining lands of Oreskos for generations. A golden plain where gods rarely trespass, their homeland lies in a river valley within a remote region of Theros. Similar to Eberron, Theros is a planet with a unique cosmology that exists as a completely separate realm from Toril. Though a part of the greater multiverse, Theros is shielded from the rest of the cosmos by its gods’ power, making interplanar travel nearly impossible. As a result, it remains virtually independent and uncharted by outsiders.

Theros is a land of myth and legend shaped by the gods and the deeds of its heroes. It is a realm where champions compete for divine praise, power, and a place among the stars. However, not all who reside in these mythical lands have such grandiose intentions. The leonin travel in nomadic prides and rarely interact with other peoples. These lion-like humanoids have all they require within Oreskos, and their unfortunate history has made them wary of outsiders. Though some wonder what lies beyond their homeland’s border mountains, most stay to provide and protect their pride. 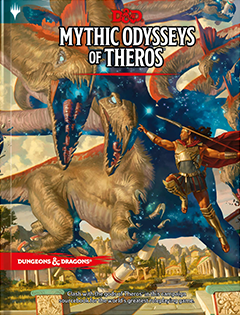 Search the Mythic Odysseys of Theros 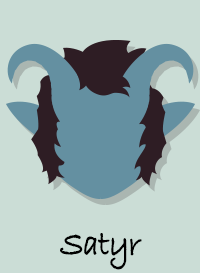